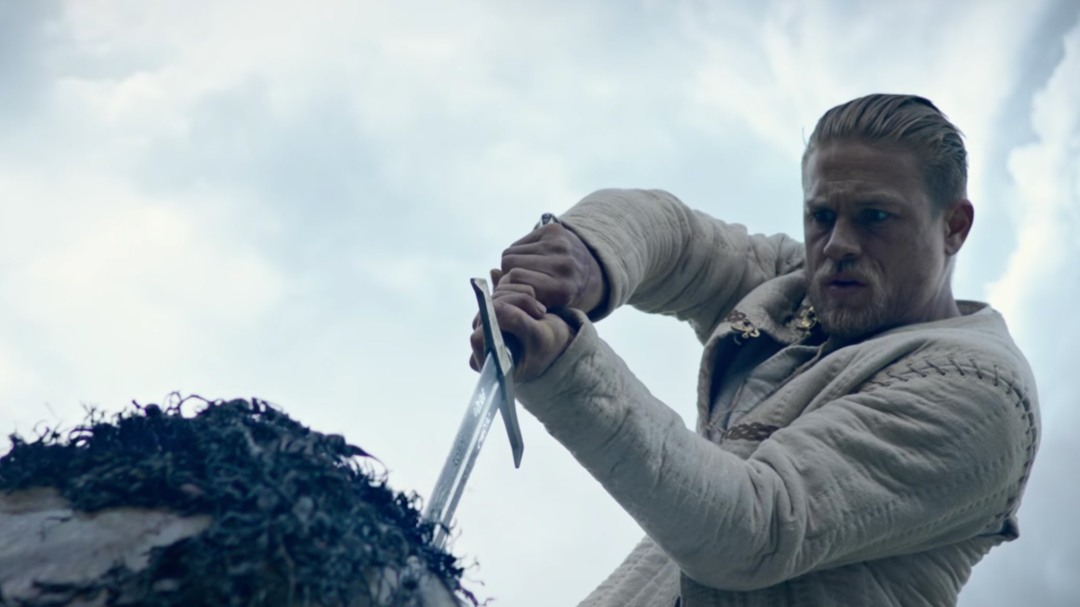 King Flop: The Legend of the Flop

The financially unthinkable has happened. King Arthur: The Legend of the Sword, is flopping at the box office. The $175 million budget movie is on pace to make about $100 worldwide. A movie with a bland main character, predictable story, completely grey color scheme, released the after the 2nd biggest movie of the year, is flopping. So what went wrong?

Let’s start with a few things about the box office. The ultimate internet location for box office information is BoxOfficeMojo.com. They are the first to report the weekend numbers, they have easy to sort lists by actor, director, movie franchise, and even genre. Most of what I reference for this post will be from that websites figures. On top of that, when looking at a movie’s budget, there is a generally accepted formula of doubling the listed production budget to account for the marketing the studio spent on the movie. It is not an exact science, but a simple enough scaling formula. The bigger the budget, the bigger the movie, the more commercials, cross promotions, etc. This is what takes a movie like Disney’s John Carter, which at first appears to have made a $30 million, actually one of the biggest flops ever. For King Arthur, the $175 million production budget means approximately $350 million in total cost. In the first weekend GLOBALLY, the film grossed $50 million. Movies typically make 30-40% of their total gross on opening weekend. This is a flop.

I cannot help but start with genre. King Arthur appears slightly different at first, but really I believe it belongs in the sword & sandals action subgenre. This would be any movie that has action, and takes place in a time before guns and other modern technology. The genre has been around since the beginning of movies, with pictures like Spartacus and Ben-Hur standing out as legendary movies within the genre. But much like Westerns, there has been an ebb and flow to the S&S movies. With releases like Exodus: Gods and Kings, Gods of Egypt, Ben-Hur(2016), Seventh Son, and now King Arthur, we are in an ebb.

Here is what is probably confusing studio executives. We live in a Game of Thrones era. A show with about sword fighting, medieval times, with large CGI budgets for dragons and magic, is the most popular show on premium cable. It is a cash cow for HBO, resulting in possibly as many as 4 spin-off shows after its conclusion in 2018. Execs are green-lighting the King Arthurs of the world based on the success of Game of Thrones. This has to be the case. You can even see Game of Thrones actors in these movies, so the writing is on the wall. What they are grossly underestimating is the impact of the brand. Game of Thrones was a risk from the beginning, a series that would not have lasted on its season 1 viewer numbers. Instead it bred new readers of the popular and ongoing book series, people who started with the show, went to the books, and back again. You can sink you teeth into the lore. King Arthur is here and gone within a few short weeks. The lore of the underdog pulling the sword from the stone is readily available, but it is not the hot topic of today. Sticking Littlefinger and Roose Bolton into the movie will not help that cause.

When you look at a list of box office flops, there are lessons to be learned. It is just surprising they have not been learned yet by critical financial decision makers. The Sword and Sandals genre may be at an all-time low right now, but it is conceivable that one day popular source material or an A-list cast could bring about a diamond in the rough. The adjacent idea is this: do not invest 10’s of millions of dollars into CGI, the biggest driver of movie budgets these days, without knowing you have some kind of audience behind the idea. Even the almighty Disney made this mistake twice last year with The BFG and Pete’s Dragon, not realizing that mildly popular stories from more than 20 years ago would not translate into revenues able to recoup $150 million budgets. This may sound like an anti-originality, big business attitude, but movies are a business, and there is a happy medium to be had here. King Arthur, the BFG, Pete’s Dragon, John Carter are examples of movies that are not original, having come from other material, and re-hashing familiar themes about underdogs and exiles. I am fine with Disney planning on having the massive profits of Star Wars and Marvel movies bolster the risk of other releases, but let’s make those releases original in concept. Otherwise, we are left with King Arthur, which has come and will pass, only to be forgotten forever, with only Warner Bros accountants remembering it for its nearly $100 million loss on their books.