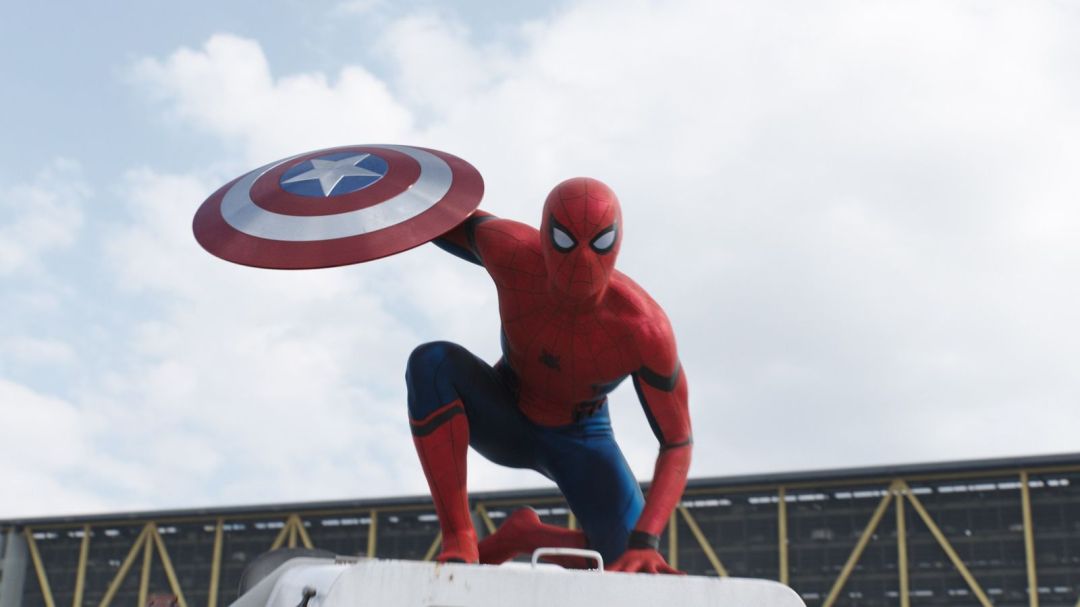 We all love trailers. You can read about how much I really loved a certain trailer that came out recently in this post. Trailers are artfully done, they tease the action we are going to see in a movie. They even tell their own little story, set to music, with emotional highs and lows all contained within their 2-3 minute run time. Heck, if you do a good enough job on a trailer, you could end up scoring a gig editing the entire movie. It is an interesting part of the movie industry. We clamor for that first look of the next Star Wars or Avengers movie, despite not wanting any spoilers. We want to have our cake and eat it too. In this day in age, you can count on trailers showing a few action pieces, some humor, and a very generic look at the plot structure of the movie it is previewing.  In the case of blockbusters, you can also count on one more thing: the bumper at the end of the trailer.

The bumper is the final taste we get before the trailer is over. The music swells up right before the title of the movie is revealed. There is a hold for applause, then we get a little extra at the end. It is the last thing we see and it will most likely resonate the most with us. I will be breaking down the types of bumpers you see for blockbuster movies, which will also give me a chance to give my overall thoughts on the current major trailers and the films with which they coincide. I am sure I will miss some popular trailers that fall into these categories. Feel free to click forward 75% or so on the embedded YouTube trailers.

This is becoming very popular recently. You show your 2 minutes or so of action and then reveal that this major character will also be appearing in the movie. What is perplexing about this is the way in which it seems unnecessary. Let’s look at the examples I’ve listed above. The Age of Ultron first official trailer had a very short bumper with Vision opening his eyes. Who is the audience? Nerds like me are already sold on the movie, and we are the only people who know Vision, the comics character. The general public does not get much from this reveal. The sentiment is similar with Guardians of the Galaxy 2′s 3rd trailer which reveals Kurt Russell, but at least you can say there is a slightly older demographic that is excited to see him in the movie. X-Men Apocalypse and Captain American Civil War had the most logic behind their reveals of Wolverine and Spider-Man respectively in their trailer bumpers. For X-Men, the trailer looked downright bad, and general audiences needed assurance that their favorite mutant would appear. For Cap, it is an embarrassment of riches. You are already guaranteed $100+ opening weekend, bolstered further by Spidey fans. Still, we are revealing so much in trailers these days, the character reveal bumper can go a little too far.

This is an interesting one when it comes to Blockbuster movies. In the case of Dr. Strange, a movie that ended up having plenty of levity and humor in it, the bumper on the trailer served as a sort of reminder that this movie is in the ever quippy joke friendly Avengers universe. Interstingly, Suicide Squad did not have a bumper until its final trailer, and since Batman v Superman never used a bumper, it was the first of the DCEU to make use of this trope. Much like all the elements of the Suicide Squad trailers, the comedic bumper was good, joking about El Diablo ordering a water at a bar instead of an alcoholic drink. My fingers were shaking as I typed Wonder Woman into the above list. There are 3 official trailers for DC’s next superhero attempt, coming out in June ’17, and all of them feature the comedy bumper, technically speaking. The only problem is they are non-jokes, that only result in eye rolls and not laughter. I do not want to hurt the flow of this post, so you can scroll to the end to see my breakdown of the 3 Wonder Woman bumpers and how truly ridiculous they are. Long story short, they do not inspire hope for DC’s commitment to more light toned movies.**

This is a fresh new category. As of this post, in the past week we have had trailers for DC’s Justice League and a new Spider-Man Homecoming trailer. They both have action bumpers mixed with a little humor(Justice League actually technically adds a character reveal too with J.K. Simmons’ commissioner Gordon). Aquaman makes a jab at Batman’s outfit, Batman remarks that he’s frustrated with his new teammates, and we see them teaming up in a shot of Aquaman riding the Batmobile. This was clearly the money shot for DC in the whole trailer. It looks fine if your visual pallet is on board with the dark aesthetic of the rest of the trailer, though I am not sure how the Parademons manage to reverse the incredible momentum with which Aquaman attacks them. Let’s not nitpick. Spider-Man‘s bumper is surprisingly weak. We are treated to a Tony Stark comment we basically saw in the first trailer, advising Peter not to do anything stupid. Smash cut to Peter web slinging the flight controls of a jumbo jet to change its direction. It is a joke of contrast, while also highlighting what is sure to be a major action set piece in the movie. It looks like Spider-Man will be doing a lot of saving people in this movie, possibly more so than directly fighting bad guys. I am hoping for a balance, something that will yield a result like the train sequence of Spider-Man 2.

Seen in: The F8 of the Furious, Star Wars, War for the Planet of the Apes

Not every trailer needs a bumper. Typically you see more serious blockbusters like Planet of the Apes withholding the bonus material. The Fast and the Furious franchise seems like it would be a bumper gold mine, but the last trailer refrained, most likely to support the SERIOUS tone they are going for with the Dom betrayal plot. Star Wars similarly seems open to a light hearted punch up at the end, but they do their own thing. Seems to be working.

Hopefully you will enjoy watching and identifying bumper types in future movie trailers! Let me know what you think, and what other examples you can think of in the comments below!

**Ok let’s talk Wonder Woman. I’m giving it this much attention because I genuinely think there is a lot of undeserved hype around the movie. The trailers do not look good. The CGI and green screen is distracting when there is so much fake going on with the realistic WWI in the background. John Campea recently said on Collider that he is more excited for Wonder Woman than he is for Justice League. That seems odd considering you get Diana in Justice League, plus Batman and the rest of the gang. So unless he is thrilled with what he has seen from Chris Pine and Danny Huston (basically nothing), how could he be more excited for the standalone movie? But this is about the bumpers, so let’s break them down and nit pick. The first trailer’s bumper stands out the most. Steve Trevor’s secretary Etta Candy explains what a secretary does, leading to Diana saying where she comes from, that is called slavery. This has gotten a laugh in the theaters I’ve attended, though I don’t really get it. Hey Diana, where you come from you call that slavery? Aren’t Amazonians the only people in Themyscira? Does that imply that Diana and her family are slave owners? Or did she read about other cultures that have slaves? In that case, were the slaves paid and have free will do quit what they were doing whenever they wanted like secretaries can do? That’s unlike any slavery in our world’s history. The second and third trailers have similar fish-out-of-water comedic bumpers in which Diana is confused by the human world. In the third trailer, she fails to fit through a turnstile because she is holding her sword and shield. So the greatest fighter in the world is not aware enough of her surroundings to make it through a revolving door? I know where I’d pick to fight her! In the second trailer’s bumper, she is trying on dresses with Etta, wondering how someone is supposed to fight in such clothing. This leads to a non-joke from Etta about getting into fisticuffs. What’s troubling here is another staggering lack of situational awareness from Diana. Seriously, will she suffer some kind of amnesia in the movie to explain some of this behavior when she comes to our world? I guess Diana does not understand the concept of wearing clothing for reasons other than fighting? Has she never worn any kind of ceremonial dress? Earlier in the trailer, her mother is seen in a very decorative fur coat! She is clearly aware that there are times to wear clothing that is not meant to do battle in. I would call it contrived, but usually contrived dialogue set’s up something. This sets up an Etta Candy line that people only laugh at because of her accent. And she’s fat. Hilarious.